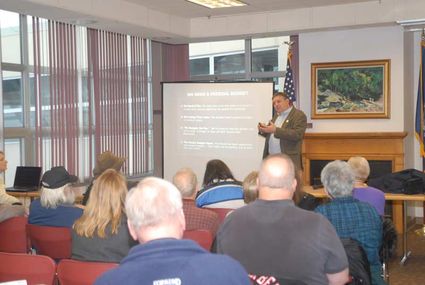 IRONWOOD — U.S. Rep. Dan Benishek, R-Crystal Falls, is looking forward to his second term in Congress, despite a rocky start with the uncertainty surrounding federal budget cuts and a looming government shutdown.

“I don’t really see this as a Democrat or Republican thing,” Benishek told the Daily Globe in an interview Monday afternoon. “The House has voted on a few things, but the Senate hasn’t passed a budget in four years. That’s no way to plan anything. We’re governing from crisis to crisis. That doesn’t work either.”

Benishek also met with a group of two dozen citize...