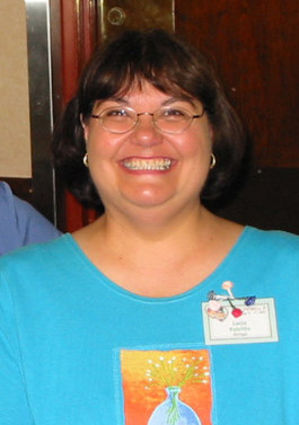 Daughter of the late Felix John and Ermalinda Rose (Cornolo) Patritto, she was born Sept. 11, 1957, at Divine Infant Hospital in Wakefield. She graduated with the class of 1975 from J.E. Murphy High School, Hurley, Wis. She was a graduate of Gogebic Community College, Ironwood, and Northland College, Ashland, Wis., and attended graduate school at the University of Wisconsin-Madison. She held a master's degree in business management from the College of St. Scholastica, Duluth, Minn.

Lucia worked for several years for Highline Corporation (then Look Up Workshop), at its residential group homes. She served as the first executive director of Domestic Violence Escape Inc., or DOVE, from 1983 to 1994. She was employed as a family development agent, first with Michigan State University Extension, then with University of Wisconsin-Extension in Iron County from 1994 to 2008. In 2008 she became MSU's county Extension director for Gogebic County. As of 2010, she was responsible for the western nine counties of the Upper Peninsula as Extension educator, with areas of expertise in chronic disease prevention and management, food safety and health and nutrition. Her favorite classes to teach were food preservation and Dining with Diabetes. Her students remember her fondly.

She celebrated her Italian heritage and was proud of the people and life in the Gogebic Range area. Throughout her life, she volunteered with local organizations, most notably DOVE, where she served for four years as president of the board of directors, Theatre North, Range Area Jaycees (bingo), Gogebic Range Concert Band, Kiwanis Club and the Gogebic Range Homemakers Club. She was a Department of Natural Resources safe boating instructor and a member of the 46th Parallel Planters.

She is survived by the two loves of her life, her partner of 26 years, Loretta May Vallone, and her daughter, Sunshine Felicia Benson, Seattle; as well as two brothers, John (Elvira) Patritto, Medford, Wis., and Harlingen, Texas, and Jim (Darlene) Patritto, New London, Wis., and a sister, MaryJane (Winton) Petersen, The Villages, Fla .; eight nieces and nephews and their extended families; her special animal companions; as well as many friends.

In addition to her parents, she was preceded in death by a special niece, Debra Jean Patritto Buehler.

A Mass of Christian Burial will be celebrated on Monday, March 24, at 2 p.m. at St. Mary's Catholic Church in Hurley. The Rev. Frank Kordek OFM will be the celebrant.

Lucia's family will receive relatives and friends from 1 p.m. until the time of Mass at the church on Monday.

A dessert celebration in remembrance of her life will follow Mass in the church hall.

Her wish was that people remember her by hugging a child or volunteering with a local organization.