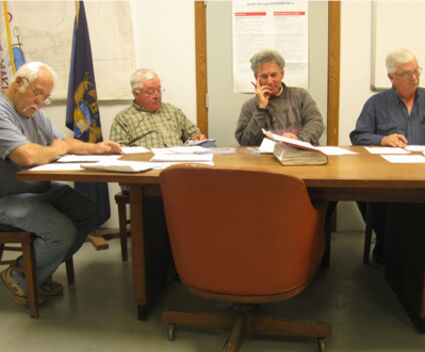 WAKEFIELD - The Wakefield City Council scheduled a work session to discuss the proposed budget for the 2014-15 fiscal year during its meeting Monday.

After conducting a public hearing at the meeting on June 9, the council will need to adopt the annual budget ordinance, said city manager John Siira.

The council opted out of Public Act 95, which added 99 cents to every resident utility bill to assist low-income residents in paying for their utilities.

It agreed to seek proposals for the engineering of park buildings and the pier. This project is currently awaiting approval of a grant agreement between the city and the Michigan Department of Natural Resources.

The council also agreed to present resolutions of appreciation to Wakefield-Marenisco High School seniors Miranda Sibley and Paxton Wanink, who have been student representatives for the council for the last two years.

A $1,923 payment to the Michigan Municipal League for the city's fiscal year membership renewal was also approved.

This is $31 more than the amount paid last year.

The Michigan Department of Treasury approved the council's "Cooperation, Collaboration and Consolidation Plan," which was the second phase of the Economic Vitality Incentive Program.

The next meeting will be held Tuesday, May 27.