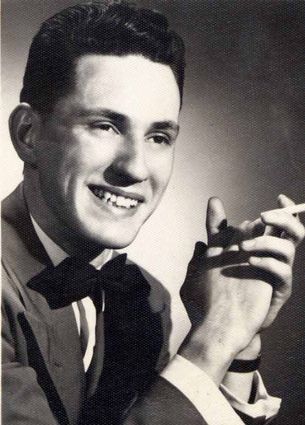 IRONWOOD, Mich. - Michael B. "Mickey" Morgan, 79, of Ironwood, passed away Thursday, May 8, 2014, at Aspirus Grand View Hospital, after a short, courageous battle with cancer.

Mickey was born July 20, 1934, in Ironwood, son of the late F. Michael and Lucile (Hulstrom) Morgan. He attended the Roosevelt School and graduated from the Luther L. Wright High School with the class of 1952. Mickey spent most of his youth growing up at Little Girl's Point. He worked for Morgan Company Lumber and Fuel delivering coal and lumber starting at the age of 14. He also worked for Schult Mobile Homes and Lake Superior District Power. His favorite job was driving for Care-A-Van Convalescent Transport and taking his "granny grunts," as he called them, to and from their appointments.

Mickey is survived by the "love of his life," Justine "Tina" (Stanczak) Morgan. They had 52 years of happy married life.

Besides his parents, he was preceded in death by an infant son, Mark Michael; two brothers, Bernard A. Morgan and Patrick D. Morgan; numerous aunts, uncles, sisters and brothers-in-law.

In accordance with Mickey's request, cremation has taken place.

A private memorial service will take place at a later date.

Mickey's family wishes to thank Hospice Home Health and Aspirus Grand View Hospital for all the wonderful care given to him during his brief illness and the gentle thoughtfulness shown. Also thanks to all the staff who stopped in to see him because they remembered him as a Care-A-Van driver.

Range Funeral Service and Crematory is assisting the family.