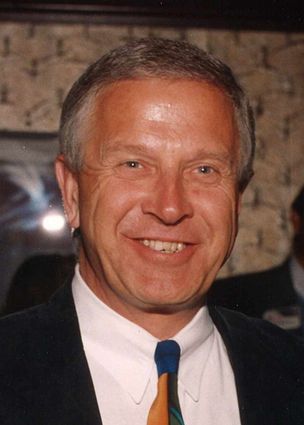 IRONWOOD, Mich. - Clare D. Coxey, loving husband, father and grandfather, died Monday, Nov. 3, 2014, with his wife, children and grandchildren by his side.

Clare had a long and very successful career in public affairs and engineering. He served as vice president of GTE of the Northwest and Midwest, now called Verizon.

He was a speaker and wrote many articles that were published nationally. In the 1990s, when many major corporations were downsizing and many employees were losing their jobs, Clare started a movement within his corporation to help people find jobs. He called it, "Spirit in Leadership."

Clare served on many arts boards in Indianapolis. He was the president of the arts council from 1989-1991. His contribution to the arts world was huge. Clare was recognized as "Sagamore of the Wabash" and was presented a plaque by Evan Bayh, then governor of Indiana.

Clare was an avid tennis player, runner, skier and mountain climber; having climbed major mountains in South America and all the highest peaks in the Northwest.

Clare and his wife, Nelda, moved to the Upper Peninsula in 2009. He enjoyed the beauty and splendor of this part of the world. He lived his life in the spirit of helping others, but admitted many times that his greatest achievement was that of his family, his children and his grandchildren. He will long be remembered, loved and admired.

Range Funeral Service and Crematory, Frick-Zielinski Funeral Home has been entrusted with the arrangements.