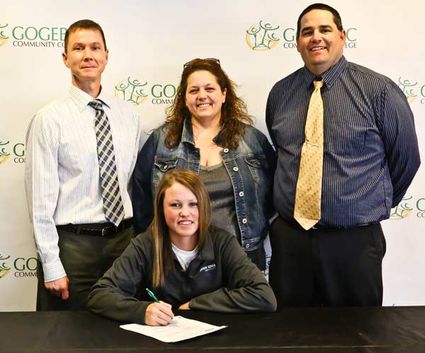 His persistence paid off for Ofstad and Russell.

Russell came and she must have liked what she saw because on Wednesday, Ofstad signed a National Letter of Intent to play at Upper Iowa, an NCAA Division II school.