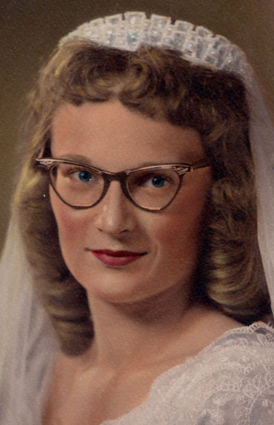 IRONWOOD, Mich. - Ruby Mae Leppanen, 79, of Ironwood, passed away peacefully Sunday, July 5, 2015, at St. Mary's Essentia Health in Duluth, Minn., surrounded by her loving family at her side.

Ruby was born on Aug. 23, 1935, the middle child of three, to Clara and Oscar Ohman. Ruby resided in the area her entire life. She attended and graduated from St. Ambrose School in 1953.

Ruby married Robert V. Leppanen on July 27, 1957. They were married for 58 years. Ruby will be deeply missed by her husband.

Ruby was employed at various local establishments, including Sellstrom's, Jacquart's, Ironwood Plastics and Big Powderhorn. She was an excellent seamstress, cook and baker.

Ruby was an incredible mother and grandmother. She was the most generous, compassionate, kind and thoughtful person you could ever know, always giving to everyone who needed her and never asking anything from anyone.

Ruby had a wonderful sense of humor and loved reading, spending time with her family and grandchildren, watching WWE wrestling events, and playing Bingo for many, many years with her very special friend, Jeanne Pallin.

Ruby was preceded in death by her parents, mother-and-father-in-law, and two brothers-in-law.

Survivors include her husband of 58 years, Robert; her three children, Roland (Jessica) Leppanen, of Neenah, Wis, Lynn Leppanen, of Milwaukee, and Jean (John) Jackson, of Ironwood; nine grandchildren, Nicholas and Sophie Leppanen, Jaime, Frank, Joshua, Daniel, and Nicole Medina, and Kristle and Shawna Jackson; four great-grandchildren; a sister, Dolly (June) Johnson, of Seattle; and a sister, Rosalie Dufresne, of Englewood, Fla. Ruby is also survived by a niece, nephews, and many cousins.

Out of respect for Ruby's wishes, cremation has taken place. Private family services will take place at a later date, as well as a celebration of Ruby's life.

Arrangements have been entrusted to the Ketola-Burla Funeral Home of Ironwood.

Ruby's family wishes to express deep gratitude to the special doctors and nurses at St. Mary's who took such loving care of her while she was in their care.

Ruby will be so deeply missed by all those who had the privilege of knowing and loving her.