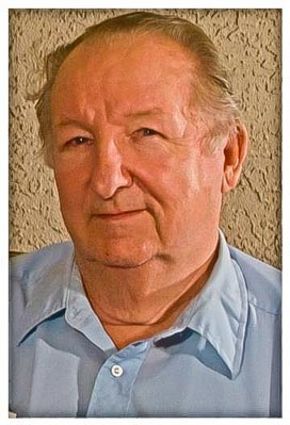 Tony was born Jan. 15, 1927, in North Chicago Junction, Ill., son of the late Frank and Rose (Leja) Gonsowski, and graduated from Crane Technical High School in Chicago. He was employed as an emergency technician at Cook County Hospital in Chicago for a short time. He then worked at the Campbell Soup factory in Chicago, retiring as plant foreman at Western Electric in Chicago after 35 years of service in 1983 and moving to Ironwood.

Tony was a member of Our Lady of Peace Catholic Church in Ironwood, the Range Woodcarvers Association, and a former member of Ironwood Knights of Columbus Council 1396 and Pere Menard Assembly 471, Fourth Degree Knights of Columbus. He was an avid outdoorsman and enjoyed hunting and fishing.

Besides his parents and wife, he was predeceased by brothers, Edwin, Casimir, Walter, Stanley and Chester; and a sister, Marie Kasl.

Memorial services will be held Wednesday, Dec. 23, at 11 a.m., preceded by visitation at 10 a.m., at McKevitt-Patrick Funeral Home, 305 N. Lowell St., in Ironwood, with the Rev. Robb Jurkovich presiding.

Inurnment will be in Queen of Heaven Cemetery, Hillside, Ill.

Arrangements are with McKevitt-Patrick Funeral Home and Cremation Services of Ironwood. Condolences may be given to Tony's family online at mckevittpatrickfuneralhome.com.