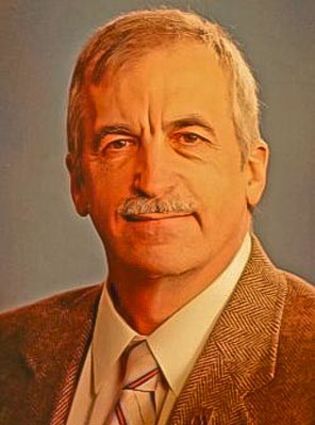 Dave was born Aug. 23, 1953, in Ironwood, to the late John and Alice (Cirolini) Lucas. He married Marsha (Erickson) Lucas on June 2, 1979, in Ironwood. Dave graduated from Luther L. Wright High School in 1971. After obtaining his associate degree from Gogebic Community College in 1973, he completed his bachelor's degree from Michigan State University in 1975. He earned his master's degree at Michigan Technological University in 1977.

Dave began his professional career at Eastman Kodak in Rochester, N.Y., before returning to MTU where, in 1986, he was the very first person to earn a PhD in Physics. He took a position in the Physics Department at Northern Michigan University, becoming tenured and promoted to associate professor in 1991. During sabbatical at Argon National Laboratories, in 1992-'93, Dave was able to research and co-author a paper with a Nobel Prize winning physicist. After returning to NMU, he became full-professor in 1997, Pre-Medical/Pre-Health Professional Advisor in 1998 and head of the Physics Department in 2001, where he touched the lives of countless students while guiding their career paths. He was named a Northern Michigan University Distinguished Faculty Member in 2006 and an Outstanding Alumni from Gogebic Community College in 2013.

Dave was an avid sports fan, following all NMU, MSU and Marquette High School sports, as well as a devoted Packer fan. However, his greatest passion was following and supporting his boys in all of their endeavors, often times traveling great distances to make sure he didn't miss a moment. It wasn't unusual for him to log more than 1,500 miles a weekend on a regular basis. He was an unparalleled teacher, coach and overall role model for everyone. Dave himself was a tremendous, well-rounded athlete, having played and exceled in basketball, football, tennis (playing collegiately) and baseball. He was also an outstanding musician, having started at a young age playing guitar and drums in rock and roll bands, then later playing in classical music groups performing at numerous events around the community.

Dave was a true life-long learner and had an ever-evolving thirst for knowledge as he was always reading or seeking new experiences. His immense intellect not only fueled his great success in academia, but also his mastering of any hobby in which he pursued with family and friends. He was very gifted at striking up conversation with others, as he had a genuine interest in getting to know them, and was renowned for knowing people all over the world. David truly left a lasting impression on everyone whose path he crossed.

Friends may call at the Swanson-Lundquist Funeral Home Sunday from 4 to 8 p.m., with a parish prayer service at 7:30 p.m.

Visitation will continue Monday morning in the Bishop's Room located at St. Peter Catholic Cathedral from 10 to 11 a.m. A Mass of Christian Burial will be celebrated at 11 a.m. in the cathedral with Rev. Msgr. Michael Steber, pastor, as celebrant.

A reception will follow at Northern Michigan University in the University Center.

In lieu of flowers, memorials may be directed to the NMU Foundation, 1401 Presque Isle Ave., Marquette, MI 49855, for a scholarship to be established in David's memory in the Physics Department.