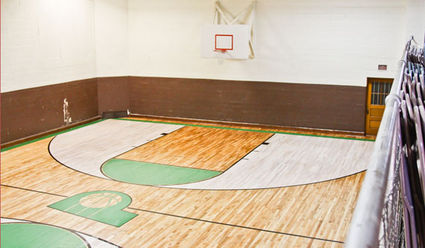 THE NEWLY renovated and resurfaced gymnasium is shown from the balcony of the Pence, Wis., Community Center.

PENCE, Wis. –– The town of Pence has something that is very old but is also new.

It is the renovated, refurbished and refinished basketball gymnasium in the Pence Community Center.

Deke Routheaux, who worked on the resurfacing and renovating, along with his son, Tim, and wife, Debbie, said this is how the basketball term "top of the key" ca...