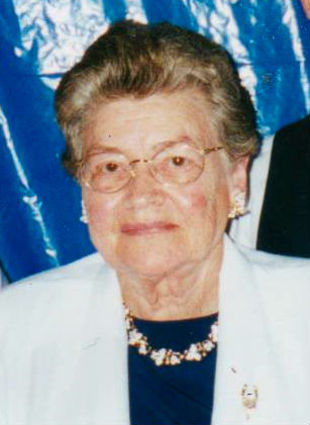 Mary Ann was born on Dec. 5, 1923, in Rapid River, the daughter of Kenneth and Kathleen (Cavil) Scott. She attended Rapid River schools and graduated in 1941. Mary Ann received her teaching certificate from Menominee County Normal in 1942. She started teaching in a one-room school house on the Garden Peninsula for two years.

Mary Ann returned to school and received a Bachelor of Science degree in education from Northern Michigan Teachers College in 1947. She then went to work in Crystal Falls for two years as an elementary school teacher.

On Aug. 10, 1949, Mary Ann was united in marriage to Thomas M. Walin in Rapid River. They made their home in Marenisco where they were both employed at the Roosevelt School as teachers until she started her family in 1952. She retired in 1987.

A Mass of Christian Burial will follow the visitation at 11 a.m., with the Rev. Dominic Agyapong, celebrant.

A luncheon will be served at the Marenisco Town Hall following the Mass.