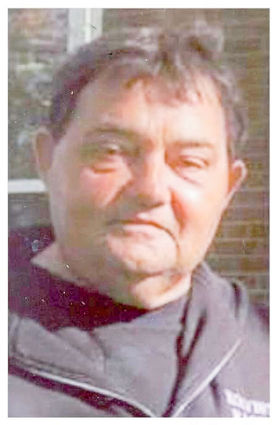 He was born Aug. 15, 1952, in Ironwood, Mich., son of Rose Ann (Peite) and the late Donald V. Koivisto. He attended grade school in Saxon and graduated from J.E. Murphy High School in Hurley, Wis., in 1970. He worked as a mechanic at Jocko's Service Station in Hurley for several years and was then employed as a salesman at Northstar Beverage in Hurley for 41 years, retiring in 2014.

Don's passion and hobby was building and racing stock cars at ABC Raceway in Ashland, Wis., where he was inducted into the Raceway Hall of Fame in July 2015. He was a big fan of NASCAR, Dale Earnhardt Sr. and the Indianapolis Colts. He also raised beef cattle on his farm in Saxon. Don was a very strong and courageous man who was loved dearly and will be missed by all.

He then married Susie Morzenti Mildren on March 14, 2006, in Las Vegas. She survives.

Besides his first wife and father, Don was predeceased by a sister, Suzanne Marie Koivisto; and father- and mother-in-law, Bert and Carol Jean Morzenti.

A service in celebration of Don's life will be held Saturday, March 11, at noon, preceded by visitation beginning at 10 a.m., at McKevitt-Patrick Funeral Home, 305 N. Lowell St., in Ironwood, with Pastor Kurt Kovanen officiating.

Private inurnment will be in Lakeview Cemetery, Saxon, in the spring.