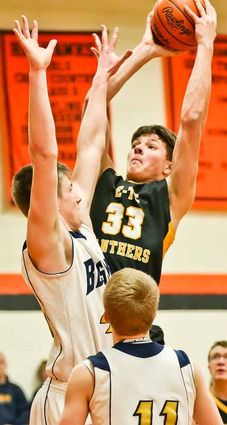 Ewen-Trout Creek's Jake Witt added to his collection of postseason awards by earning a spot on the Class D First Team.

The 6-7 center averaged 24.2 points, 17 rebounds and 5.1 blocks per game, while also earning the Copper Mountain Player of the Year award and a spot on the Associated Press Class D All-State team.

He led the Panthers to the District 127 championship with a dominating district final performanc...