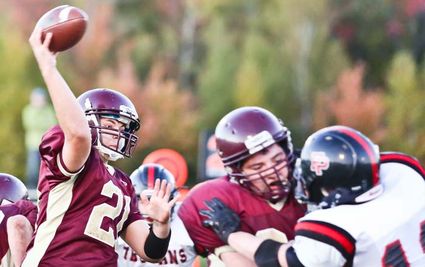 ONTONAGON - In a game loaded with offensive fireworks, Ontonagon made a fierce comeback, but Crystal Falls Forest Park held on for a 52-38 win in a Western Eight Conference battle with playoff implications for both teams.

"The game was what we expected," Forest Park coach Dave Graf said. "It was hard-hitting, good physical football on both sides. I never thought we'd score 90 points. I thought we'd score four or five each (touchdowns). Ontonagon nearly came back on us. Jake Witt is the real deal. They got him the ball and he caused havoc with us. I wish he'd play college football instead of...