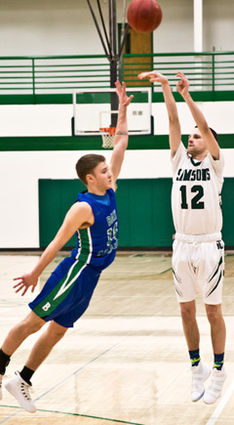 IRONWOOD - Samsons' coach Dennis Mackey could feel the energy and enthusiasm while watching the women's game before his own team took the court Wednesday night. GCC had a new rival -- Bay College. When his team took the court, there was no doubt.

"The guys were excited, it was a good crowd, you could just feel the energy was different than other nights," Mackey said.

These are the only two junior colleges with basketball in the Upper Peninsula, so it's only natur...