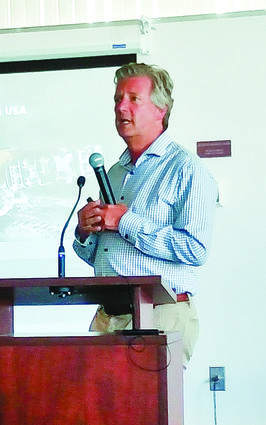 IRONWOOD - The public had a chance to express its opinions on Highland Copper's effort to develop a mine in northern Gogebic County at a Michigan Department of Environmental Quality public hearing Tuesday, with most speakers expressing support for the project.

The hearing, held at Gogebic Community College, was a required part of the process to obtain a MDEQ permit for the company's Copperwood Project near Lake Superior in Ironwood and Wakefield townships.

The permit would allow the company to impact wetlands and streams on the site, as well as...