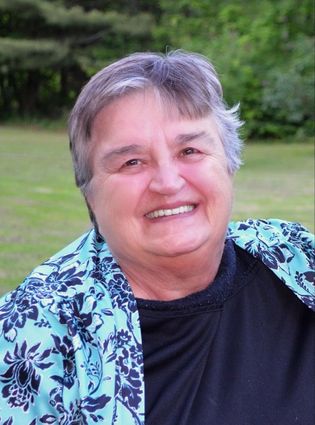 Virginia was born in Trimountain, Mich., to Edward and Barbara Skoviak on Aug. 5, 1941. When she was a child, her family moved from Trimountain to White Pine, and then settled in Ontonagon. Virginia attended the Ontonagon Area Schools, graduating with the class of 1959. Following her graduation, she moved to Milwaukee, where she worked as a secretary for several years.

Upon returning to Ontonagon, she met and later married Lloyd Taeger. They were married on Aug. 10, 1963. Virginia and Lloyd lived in Bruce Crossing during the first two years of their marriage, before returning to Ontonagon in 1965. Virginia worked as a waitress at the former Persha's Café during these early years of married life. Later she went to work as a nurse's aide and laundry worker at Maple Manor Nursing Center until her retirement in 2009.

Virginia enjoyed being creative. She spent many hours among friends, laughing and painting at the former Dorothy's Ceramics. Her beautifully detailed work on many pieces have become treasured family heirlooms. She also enjoyed doing puzzles and crosswords, taking an occasional trip to the casino, cheering on her beloved Detroit Tigers, and spending time with her family and dear friends.

Virginia was a longtime member of the Eagles Auxiliary and spent many hours there peeling veggies and making pasties. She also enjoyed volunteering with the distribution of commodities, until her health prohibited her from continuing. She was a member of the Siloa Lutheran Church, and looked forward to the sharing of the peace, with hugs all around during church services.

A memorial service for Virginia will take place on Wednesday, Aug. 15, at the Siloa Lutheran Church in Ontonagon with Pastor Jay Welshonse officiating. Visitation will be from 10 a.m. to noon. The memorial service will be from noon to 1 p.m., with a luncheon to follow in the church basement. Interment will be at the Agate Cemetery in Agate, Mich., following the luncheon.