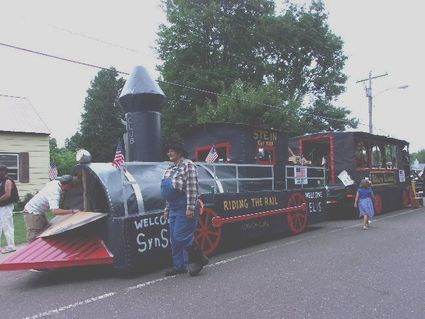 The Stein Club engine and train welcoming SynSel to Ontonagon took second place in the Ontonagon Labor Day Parade Sunday. Passengers boarded and left the train along the route. The entry also added to the back that "Labor Builds Tracks" and expressed hopes that the rail would soon return to the area.

Several of the large, home-built floats welcomed the company as well as celebrated the 175th birthday of the village of Ontonagon.

The reputation of the community for its float building wowed the large crowd with more entries than in any past parade. The judges had a tough time deciding th...