Ontonagon River to be featured on postage stamp 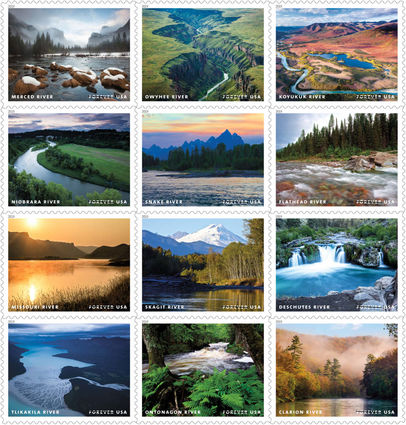 THE U.S. Postal Service plans to release a series of stamps featuring the Ontonagon River, middle of fourth row, and several of the nation's other Wild and Scenic Rivers in 2019.

Northwoods residents will be able to send a little slice of home around the country next year, as the U.S. Postal Service recently announced the Ontonagon River will be featured on a forever stamp in 2019.

The river is one of 12 featured in the Postal Service's Wild and Scenic Rivers series, according to a Postal Service spokesman. A stamp shows Tim Palmer's photo of what appears to be Kakabika Falls on the Cisco Branch of the river in Gogebic County.