He's a mean one 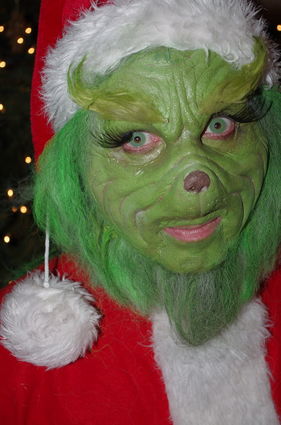 THE GOGEBIC Range Trail Authority features an appearance by the Grinch on their float in Saturday's Jack Frost parade in Ironwood. Steve Hamilton said it took him four and one-half hours to get made up, plus he had to shave his beard for the first time since 2009, but "it was a blast engaging with the kids."