City commission opts out on marijuana sales for six months 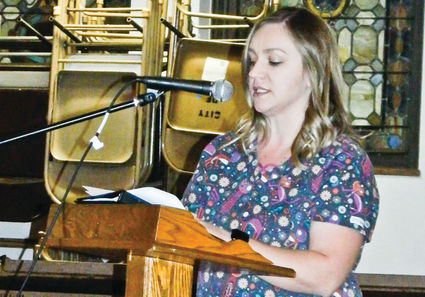 SAVANNAH CAMPBELL, a registered nurse, speaks against an Ironwood ordinance to prohibit marijuana sales establishments in the city Monday at a public hearing. She said the city needs the tax revenues marijuana shops would bring.

IRONWOOD - The Ironwood City Commission on Monday approved an ordinance to prohibit marijuana establishments in the city for six months, when the issue will be revisited.

Recreational marijuana use was approved in Michigan in the November mid-term election by a 56-44 percent margin, but cities can opt out of allowing marijuana establishments and many have chosen to do so. Recreational pot use became legal last week, but it won't be available commercially for sale until around 20...