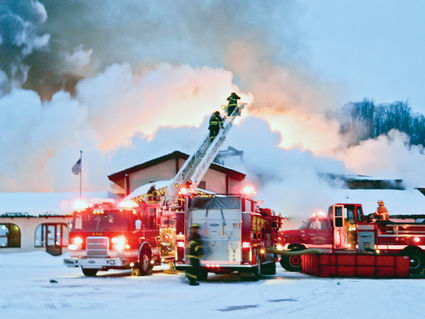 Iron County fire departments attempted to save the check-in area on the south end of the main lodge, as the building to the north burned to the ground by 6:30 p.m.

On Martin Luther King weekend, which is usually the busiest time of the downhill ski season, many skiers also watched the building burn.

David Dziuban, who is managing an effort to revitalize the resort, said the fire appeared to start in a chimney with a fireplace near the cafe.