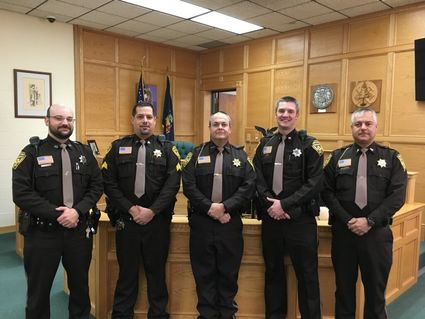 Deputy Jason Geach was promoted to chief deputy. He will be second in command in the department. The county board voted Tuesday to replace the undersheriff position with that of chief deputy.

Geach has served in the department since 2005, most recently as a patrol deputy. He was recently recognized by the Wisconsin Department of Criminal Investigation for his leadership in a homicide case in Saxon in 2016.

Matthew Foryan was promoted to lieutenant investigator and will be leadi...