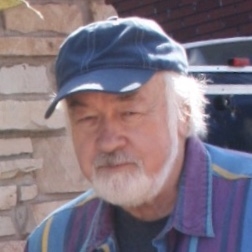 Robert was born on July 1, 1941, in Wakefield, a son of Uno Michael and Mida Hildegard (Johnson) Mattila. He attended Wakefield High School and graduated in 1959.

In the early 1960s, he worked at Nordberg Manufacturing in Milwaukee. Robert returned to Wakefield and was a welder at the White Pine Copper Mine from 1965 until its closure. He then worked as a mason/builder for the Halberg Construction Company and as a maintenance man at the Gogebic Medical Care Facility in Wakefield until his retirement.

Robert truly enjoyed being outdoors riding his side-by-side with his wife and grandchildren, making wood, doing yard work and gardening. His passion for growing tomatoes was so great, his close nephew, Dave, would call him "Tomato King Bob."

He was preceded in death by his parents; a brother, Richard; and two sisters, Elaine and Shirley.

A graveside service will take place at Lakeside Cemetery, Wakefield, in the spring.