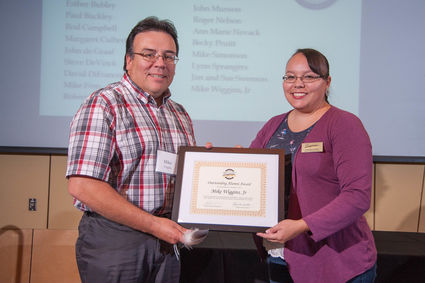 SUPERIOR, WIS. — The University of Wisconsin Superior’s alumni association named Mike Wiggins Jr., of Ashland, to be among the 25 outstanding alumni recognized in celebration of the universities 125th anniversary.

Wiggins is serving his third term as chair of Bad River Band of Lake Superior Chippewa and earned his bachelor’s degree at UW-Superior in 1992.

He previously served as a conservation warden for the Great Lakes Indian Fish & Wildlife Commission and as a home school coordinator for the school district of Ashland.