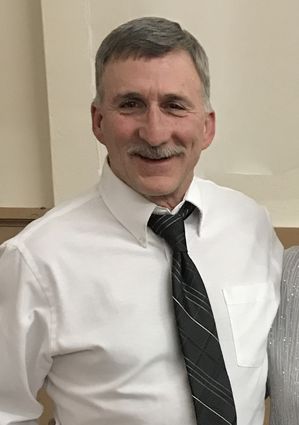 Tim was born on Feb. 13, 1957, in Bessemer Township, Mich., the son of William and Jane (Pearce) Kennedy. He was a 1975 graduate of Luther L. Wright High School in Ironwood. After graduation, Tim attended Gogebic Community College, then Central Michigan University where he earned his Bachelor's Degree in Education.

Tim dedicated more than 30 years of his life to being a teacher. He began his career in Barneveld, before moving to Park Falls where he taught until his retirement in 2012. During his time as a teacher, Tim coached high school volleyball, wrestling and track. For many years, he was an instructor of hunter safety, snowmobile safety, ATV safety and created an archery club. Tim touched the lives of many student athletes. He was an amazing mentor.

After retirement, Tim continued to coach pole vaulting for Lakeland Union High School in Minocqua. He was a man that went above and beyond for people.

Tim loved hunting and fishing and spending time at the camp. Any time someone asked how he was doing, he'd respond with, "livin' the dream," as he was a true lover of life.

Tim is survived by his wife, Jackie Kennedy, who he joined in marriage in 1996; two daughters, Jessica Morenweiser (Dylan Esterl) and RaChell Morenweiser; two grandchildren, Jaxon and Jaicee Esterl; his mother, Jane; a sister, Sue (Bill) Mattson; a nephew, Tim (Lydia) Mattson; a great-nephew, Werner; a niece, Megan (Max) Pertile; a great-nephew and great-niece, Luke and Janie; his Kennedy and Barneveld cousins; his mother-in-law, Pat Ponshock (Dick Michalski); his sister-in-law, Deb (Barry) Trapp and family; and many great friends who were like family.

He was preceded in death by his father, Bill; and his father-in-law, Robert Ponshock.

A celebration of his life will be held Saturday, March 23, at 11 a.m., preceded by visitation at 9:30 a.m., at the Wakefield Veterans of Foreign Wars Post 9084, 107 E. U.S. 2 in Wakefield, Mich. The Rev. Ted Trudgeon, pastor of the United Methodist Church in Wakefield, will officiate.

A luncheon will be served at the VFW following the service.