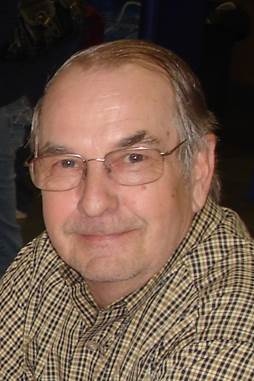 Jim was born to Leonard Tassava and Helmi (Talo) Tassava on May 13, 1943, in Ironwood, Mich. The little brother to Nancy and Marvin, Jim’s first language was Finnish; he learned English after starting elementary school. As a boy, he worked with his family on their dairy farm, showed 4-H cows at the Gogebic County Fair, and enjoyed hunting and fishing.

Jim graduated from Luther L. Wright High School in 1961. He attended Gogebic Community College in Ironwood while working at the local radio station, then transferred to Northern Michigan University in 1965, where he majored in secondary education. There, he met Mary Jauquet of Channing, Mich .; they married in 1967 after graduating from Northern.

Jim and Mary moved to Ortonville, Mich., in August 1967 to teach elementary school. The next year, they returned to the U.P., where they taught in the Stephenson public schools until 1981. Jim taught a variety of high school subjects, including English. While living in Daggett, they had two children, Christopher Tassava, of Northfield, Minn., and Beth Stafford, of Birmingham.

In the summer of 1981, Jim and his family relocated again, this time to his hometown of Ironwood. They first lived on the family farm with his father, then moved into town, where Jim — a skilled do-it-yourselfer — remodeled the family’s home. In Ironwood, he worked as a handyman before moving into sales for several companies. He also served as dairy judge at county and state fairs.

The family moved in 1987 to Hancock, Mich., where Jim worked as a salesman for local radio stations and remodeled another house. After he and Mary divorced in 1995, Jim switched careers to become an over-the-road truck driver, traveling extensively all over the Midwest.

For health reasons, Jim retired in 2006 and later moved to Birmingham, to be nearer his daughter and her family. In retirement, he enjoyed a quiet life with his cat, B, and spending time with Beth’s children. Jim always enjoyed traveling. He and Mary enjoyed a long trip to Europe in 1971, including an extended stay in Finland where he met numerous relatives. In retirement, he took numerous cruises to ports of call in the Caribbean and South America. He was a member of Shepherd of the Hills Lutheran Church in Birmingham.

He is survived by his son, Christopher (Shannon); daughter, Beth (Daniel) Stafford; grandchildren, Julia and Genevieve Tassava and Rebecca and Ryan Stafford; his former wife and good friend, Mary Tassava; and numerous nieces, nephews, and cousins. Jim would say his greatest gifts to the world were his two wonderful children and his four grandchildren. He was a very proud father and grandfather.

Services will be held for Jim at 11 a.m. on Thursday, April 4, at Shepherd of the Hills Lutheran Church in Birmingham. Visitation will be held at the church at 10 a.m. His ashes will be interred at Sunset Acres Cemetery in Ironwood Township, Mich., in summer 2019.

In lieu of flowers, memorials can be made to Oak Mountain Mission Ministries Inc., 2699 Pelham Parkway, Pelham, AL 35124.