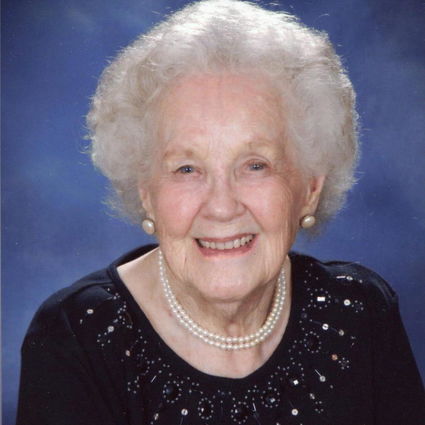 Betty was born on Nov. 11, 1920, to the late John Gill and Esther (Newberg) Gill. Betty grew up in Ironwood, Mich., and graduated in 1938 from Luther L. Wright High School. She attended Gogebic Community College and worked for the Ironwood School District prior to her marriage to Eugene Carlson, also of Ironwood, in 1942.

Betty loved attending church, playing bridge, cooking, visiting with her friends and family, taking long scenic car rides, people watching, and shopping. She was an avid fan of the Green Bay Packers, and loved to watch the San Antonio Spurs. Betty was a sweet, loving, caring, and proud mother, grandmother, great grandmother, wife and friend, and will be greatly missed by those who knew and loved her.

A memorial service is pending and will be held at the Boerne United Methodist Church in Boerne. A committal service and internment will take place this summer at Riverside Cemetery, Ironwood. To leave condolences for the family, please visit ebensberger-fisher.com and select obituaries. Funeral arrangements are being made with Ebensberger-Fisher Funeral Home of Boerne.