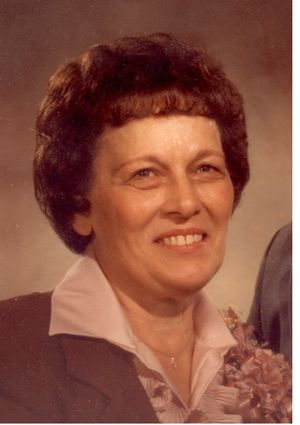 On Nov. 14, 1944, Mary was united in marriage to the love of her life, Joseph Eugene Janov at St. Sebastian Catholic Church in Bessemer. They made their home in Ramsay and celebrated more than 42 wonderful years together.

She was a faithful member of Christ the King Catholic Church in Ramsay and a supporting member of the Altar and Rosary Society.

Throughout her life, Mary was an accomplished homemaker who took great pride in her cooking and baking. She was well known for her homemade pasta and pasty. Mary took great pleasure going to the casino and enjoyed playing bingo with her friends.

Mary was employed at the Gogebic Medical Care Facility in Wakefield, first in housekeeping and then as a dedicated nurse's aide.

A Mass of Christian Burial will be celebrated Friday, April 26, at noon, preceded by visitation at 11 a.m., at St. Sebastian Catholic Church, 210 E. Iron St., in Bessemer, with the Rev. Robb Jurkovich, celebrant.

Rite of Committal and interment will take place at Hillcrest Cemetery, Bessemer, later this spring.

The family would like to express their deep appreciation to the caring staff at KeenAgers and the Gogebic Medical Care Facility for their compassionate, professional care given to Mary, and many kindnesses extended to the family.