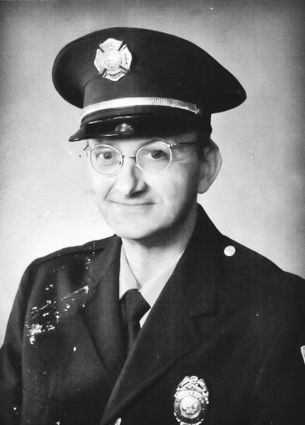 IRONWOOD - John Henry Cain, 65, of Ironwood, went to be with his Lord and Savior on Sunday, May 26, 2019, with his dear family by his side, after a long and courageous battle with diabetes.

John was born on Oct. 15, 1953, in Ironwood, a son of William James and Maryann Lucille (King) Cain. He attended grade school in Park Falls, Wis., until the second grade. After his parents died, he went to school in Ironwood and was cared for by an aunt and uncle, Gen and Emmett O'Donahue.

John was an active member of the Boy Scouts of America and earned his Eagle Scout Badge on June 5, 1972. He went on to be a Scout leader at Philmont Ranch in New Mexico, Camp Jamar in Minnesota and local troops in Ironwood.

On June 5, 1976, John married the love of his life, Mary Jo Sailer at Immaculate Conception Catholic Church in Wakefield. They made their home in Ironwood and were blessed with three children.

John's life motto was to lend a hand to others. He was a dedicated emergency medical technician for Beacon Ambulance and a committed firefighter with the Ironwood Volunteer Fire Department. Always wanting to give back to his community, John faithfully served on the Ironwood City Board of Commissioners and on the Ironwood School Board.

One of his greatest gifts was the gift of conversation. Many of these were with his best friend and coffee mate, Dave Peite of Ironwood.

Besides his parents, he was preceded in death by two brothers, Michael and William; and a sister, Helen.

A Rite of Committal and interment will take place on Monday, June 10, at noon, at Lakeside Cemetery in Wakefield. The Rev. Dominic Agyapong will officiate. A celebration of John's life will be held at the Cain residence, 407 S. Suffolk St., in Ironwood, beginning at 1:30 p.m.

John lived by his motto and put others before himself. He would want you to assist others in your community. Thank local firefighters and EMT's, volunteer in his memory, even for a few hours, or just enjoy a great conversation with friends with a good cup of coffee.