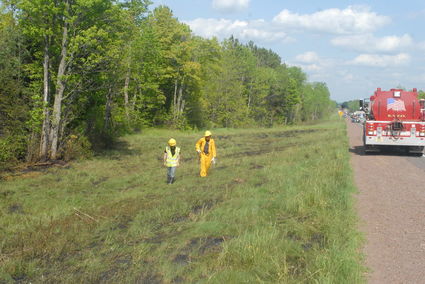 Paul Samardich, Iron County Sheriff, happened to be close by and said he was the first to respond.

"It was pretty active when I first arrived on the scene," he said.

The Kimball, Saxon and Hurley Fire Departments and the Department of Natural Resources foresters responded to the blaze.

Montreal was paged, but Samardich said they were called off before they responded.