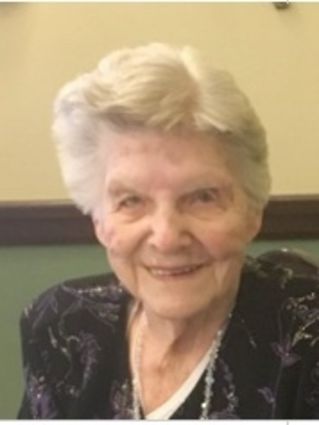 HOUGHTON, Mich. - Ardith Cattelino, 96, a resident of Franklin House at Portage Pointe in Hancock, passed away peacefully on June 1, 2019.

She was born in Upson, Wis., on June 16, 1922, daughter of Leopold August Miller and Emma Belle Kammerer. She attended elementary school in Upson and graduated from high school in Hurley, Wis., in 1940.

On Feb. 3, 1951, Ardith married Peter Cattelino in Upson. They moved to Kingsford and raised two sons. In 2007, they moved to Houghton to live near their son and grandchildren.

Ardith's gift was cooking and she was fondly remembered for her baking, especially her Christmas cookies. This was passed along to her children and grandchildren. She had a special passion for nature and the outdoors and was an active member of the Audubon Society throughout her life. She also enjoyed music and reading and writing her own poetry. She attended local concerts whenever possible.

Ardith was preceded in death by her husband of 67 years; her parents; and four siblings, Alvin Miller, Gertrude Verthein, Myrtle Varalli and Leo Miller.

A memorial service will be announced at a later date and burial will be at the Greenwood Cemetery in Upson.

The family would like to thank the staff of the Bluffs Senior Living Community and Portage Pointe for their kind, tender and professional care.

The O'Neill-Dennis Funeral Home of Hancock is assisting the family.