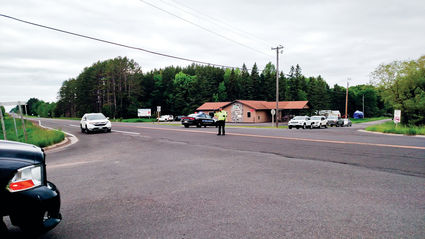 The two vehicles were involved in a head-on collision at around 2 p.m. Friday, Iron County Sheriff Paul Samardich told the Daily Globe, on the highway near Defer Road.

Four people were transported by Beacon Ambulance to Aspirus Ironwood Hospital as a result of the crash.

The highway had re-opened by 4 p.m.

The Iron County Sheriff's Department continues to investigate the cause of the crash, Samardich said.

The Hurley Police Department and the Kimball Volu...