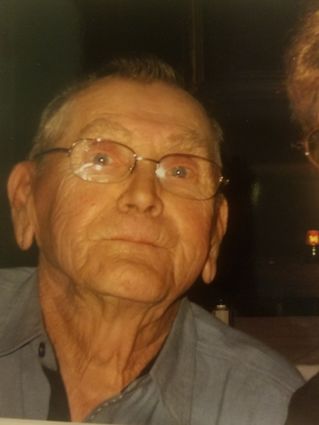 BESSEMER, Mich. - Marvin E. Kangas, 91, a longtime resident of Bessemer, passed away peacefully Thursday, June 13, 2019, with his dear family by his side.

Marvin was born on June 8, 1928, in Ironwood Township, a son of Gust E. and Lillian (Manninen) Kangas. He graduated from Luther L. Wright High School in Ironwood.

On July 5, 1947, Marvin was united in marriage to Beverly C. Ellis at St. Ambrose Catholic Church in Ironwood. She preceded him in death on April 1, 2004.

On Aug. 5, 2005, he married Helen Jakkola at St. Sebastian Catholic Church in Bessemer.

Marvin worked as a miner for 10 years and then worked in the woods. After that, he was a co-owner at Ironwood Concrete for eight years and owned and operated the Colby Service Station in Yale Location. Marvin concluded the last 10 years of his working career as the shop foreman at Gogebic County Road Commission. He retired in April 1994.

He was a faithful member of St. Sebastian Catholic Church.

A Mass of Christian Burial will be celebrated Tuesday, June 25, at 11 a.m., preceded by visitation at 10 a.m., at St. Sebastian Catholic Church, 210 E. Iron St., in Bessemer, with the Rev. Dominic Agyapong, celebrant.

Rite of Committal and interment will take place at Hillcrest Cemetery, Bessemer.

A luncheon will follow at St. Sebastian Church hall.

The family wishes to thank everyone at the Gogebic Medical Care Facility for their kindness and care that was given to Marvin during his stay.