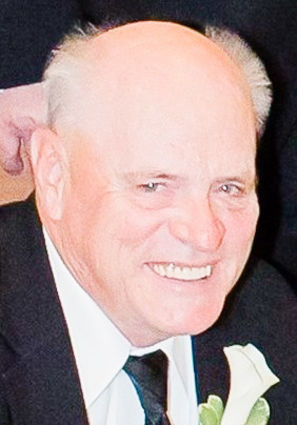 Tom was born on May 8, 1940, in Ironwood to Erwin and Myrtle (Richards) Richter. He graduated from Luther L. Wright High School with the class of 1958. He attended Michigan Tech and received a B.S. in Mechanical Engineering in 1962. He married Sandra Spagnoletti in August 1962.

Tom worked for Pratt & Whitney and began his long career in Aeronautical Engineering. He worked as a civilian for the U.S. Army during the Vietnam Era, then took a break from aeronautics to be the Wakefield City Manager and Mayor, and he worked at the White Pine Mine. He continued his aeronautical engineering career with Bell Helicopter, Aerospatiale, and many other companies around the world, including serving as a Designated Engineering Representative for the FAA for many years. He was still working as a consultant with the FAA when he died.

Tom loved to hunt and fish and traveled with friends and family for hunting and fishing adventures. He enjoyed playing cards and watching his grandchildren and great-grandchildren in their many activities. When he wasn't being an engineer, he was logging and building furniture and other projects.

In addition to his parents, he was preceded in death by one brother and sister-in-law, Don and Alice Richter.

Frick-Zielinski Funeral Service of Bessemer is aiding the family with arrangements. For more information or to express online condolences, please visit rangefuneralserivces.com.