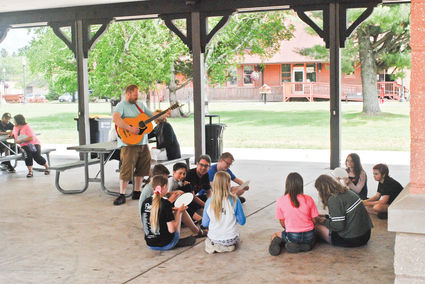 IRONWOOD - The Awkward Stage Drama Club met at Depot Park on Tuesday to start work on an anti-bullying project.

Mary Hansen, co-coordinator of the club, said a grant was received to produce a campaign where club members will be writing scripts to address bullying in schools.

"We're not sure where it's going to go," she said. "But we're starting it and letting them kind of lead us into how we can get people to understand how to combat that within the school system."

Depending on the number of students who are involved, she said they hope to do a...