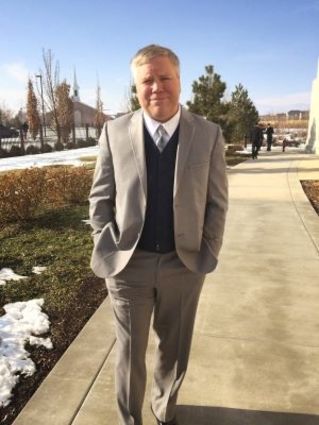 MIAMI, Fla. - Ernest "Ernie" Richard Moore unexpectedly died on Sunday, June 16, while traveling home from a trip with his oldest son, Michael. The cause of his death is unknown.

He served in the United States Army and was stationed in Anchorage, Alaska, where he met Carla Echols. They were married on Sept. 24, 1980, in the Salt Lake City Temple of The Church of Jesus Christ of Latter-day Saints. This sealing is especially important to his family, as we have faith in the promise of eternal life together as families.

Ernie and Carla were parents to eight children, Michael Richard (Caroline) Moore, AnnaMarie (Tyler) Ferrell, Marianne (Seth) Pease, Adeline Moore, James William (Miranda) Moore, Abbey (Spencer) Thornock, Benjamin Lee (Carliann) Moore and Christy (Benjamin) Swatling. Carla and Adeline left this life together after a vehicle accident in July of 1999. The other children survive with their spouses and children. Ernie has 14 grandchildren who will miss his influence as they grow up.

Ernie was the owner of the Iron County Miner Newspaper and Print Shop in Hurley, Wis., since 1992. He was active in the branch of The Church of Jesus Christ of Latter-day Saints in Ashland, Wis., as well as the larger organization centered in Duluth, Minn. He served youth and adults in many capacities and was a faithful follower of Jesus Christ. He was also involved in the region's Rotary International Youth Exchange program. He and his family hosted exchange students from Japan, Germany, Brazil, and Indonesia. In addition, he gave his children the opportunity to complete foreign exchanges during high school.

A public visitation will be held on Saturday, June 29, at 10 a.m. followed by a funeral service at 11 a.m. at the McKevitt-Patrick Funeral Home in Ironwood, Mich.

In lieu of flowers, please consider an anonymous act of kindness you can do for someone as a memorial to Ernie.