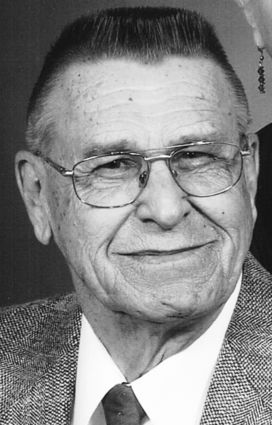 Jack was born on April 28, 1935, in Ironwood, the son of John and Minnie (Kleimola) Lindquist. He attended school in Bessemer, graduating from A.D. Johnston High School in June 1953. Jack continued his education at the University of Minnesota and graduated with a Bachelor of Science degree in pharmacy. He was employed in Edina, Minn.

On Sept. 14, 1957, Jack was united in marriage to his high school sweetheart, Helen J. Gustafson in Bessemer.

In 1960, they returned to Bessemer from Minnesota, where Jack was employed at the Bessemer Pharmacy, a business he purchased some years later. In the mid-1980s, Jack sold the business and continued to work at his profession as a relief pharmacist in several communities in the Western Upper Peninsula.

He took great pleasure camping with his family and fishing on Lake Gogebic. Jack enjoyed sports and intarsia wood working as a hobby. He was active in his community and church activities.

He was preceded in death by his parents; a son, J. Scott, on Jan. 4, 2016; and his father-in-law and mother-in-law, Mauritz and Ruth Gustafson.

A memorial service will be held on Tuesday, July 9, at 11 a.m., preceded by visitation at 10 a.m., at Cornerstone Church, N10344 Mill St., in Ramsay, with the Reverend Todd Winkler and Reverend Roy Speck officiating.

A luncheon will be served at the church fellowship hall following the service.