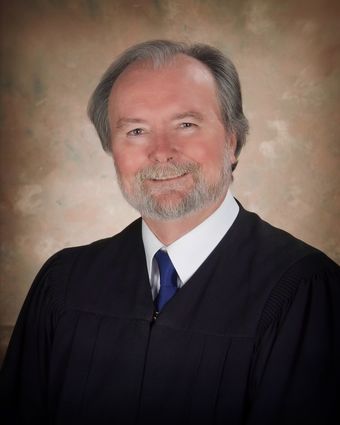 MONTREAL, Wis. - Judge Patrick J. Madden, 69, of Montreal, passed away unexpectedly in his sleep while at his home on July 9, 2019.

Patrick, a native of Green Bay, was a pure academic. He was a champion for social change, and a staple in his community. He had a voracious appetite for both the consumption and sharing of knowledge, regardless of subject. At age 13, he became one of the youngest Eagle Scouts in the history of the state of Wisconsin. He remained active in the Boy Scouts of America for the remainder of his life.

Aside from his countless academic, professional and societal achievements; Patrick would tell anyone that his greatest life achievement was raising his four children with the love of his life, Jenny.

He promoted education and athletics, but most importantly, he promoted kindness. Patrick lived by the credo of "you do nice, you get nice" and was known for officiating weddings free of charge, substitute teaching at the Hurley K-12 School if they were short-staffed, teaching classes at Gogebic Community College, and simply supporting local sports teams and local businesses. He will be forever known as an advocate for the underdog, a lover of nature, rogue traveler, and above all else, a loving father and proud "papa." He will be profoundly missed by his family and his community, as he was the keystone of both.

There will be a memorial service held in his honor at the Iron County Courthouse on July 27, beginning at 10:44 a.m.

In lieu of flowers, the family asks that a donation be made in his name to the Hurley K-12 School (hurley.k12.wi.us/domain/119) or The Boy Scouts of America (donations.scouting.org/#/council/NCFD/appeal/1647).