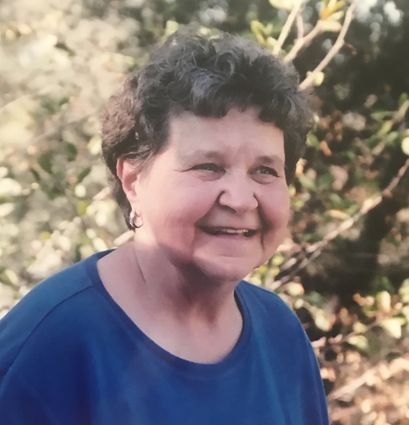 Rita (Reets to her good friends) was born to David F. and Frances (Fannie Salo) Ryan in Puritan, Mich. on Jan. 15, 1936. This day established a record (known as the wreck) with two of her brothers celebrating the same birthday with different birth years: John (Jack) P. Ryan in 1922, and James (Jim) Ryan in 1930. She attended Puritan Grade School in Puritan and St Ambrose School in Ironwood, Mich.

In May 1953, she married Ray Hallberg of Wakefield, Mich., who served in the Army. They were stationed in Munich, Germany and Fort Campbell, Ky. After a three year battle with cancer, Ray passed on Oct. 28, 1968, leaving Rita to raise their five children. She worked at Ramsey School.

With support from her mother, family and friends, she obtained an Associates Degree in Business from Gogebic Community College where she met Greg Riley, her second husband. Rita then worked at Community Action until she moved the family to Washington State in 1972. After residing in Renton for over a year, Rita moved the family to Pullman, where she worked at Washington State University, and Greg attended and graduated from WSU. They moved to Federal Way in 1977 where Rita worked for the Muckleshoot Tribe as an Accountant for over two decades until her retirement.

After inheriting the Ryan family home in Ironwood from her brother, Bill, she enjoyed spending the summers in the U.P. until her last few years when her memory started to fail her.

She was preceded in death by her first husband, Ray; her son, Ray; her parents; her brothers, David, Bill and Jack; and sisters Peggy, Mary Jean and Frances.

We would like to share a special thank you to Don Gertz (Gerta) who made her summer visits to Ironwood enjoyable. He brought her laughter, joy, a cup of coffee and would fix things around the house. She loved him like one of her kids.

The family would like to thank Medrona Park and Omnicare staff for the outstanding care they provided during the last years of the life.

Her celebration of life and memorial service will be planned sometime in the fall in Ironwood, where she will be laid to rest next to her parents and siblings.

In lieu of flowers or gifts, the family requests that contributions be made to Hospice.