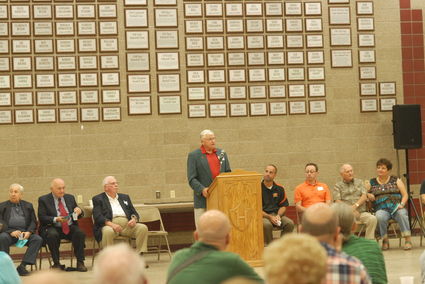 MAJ. GEN. Roger Hannula addresses the crowd in the Hurley K-12 Commons during the Hurley Education Foundation's induction ceremony. Hannula was one of this year's four inductees.

For each of the four inductees, there were introductory remarks about their background before the inductee or a family member gave their remarks.

The speeches made clear that each of the four inductees made their mark on the world in their own way - whether its a succe...