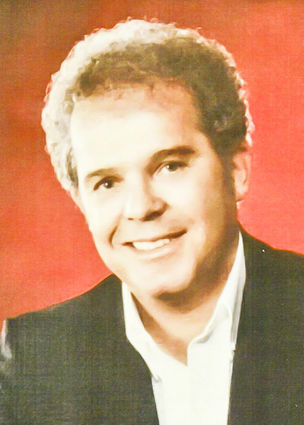 Jerry was born on Nov. 18, 1939, in Bessemer Township, a son of James Louis and Caroline Ann (Vikartofsky) Giacherio. He attended A.D. Johnston High School in Bessemer and graduated in 1958, where he participated in the JROTC program. Jerry continued his education at Gogebic Community College in accounting before setting out on the big journey we call life.

In his early years, Jerry enjoyed fishing, hunting and trapping. Later on in life, he took pleasure playing golf and cards with his friends.

Jerry was self-employed for his entire life. The insurance field was not just a career, it was his passion. He had been in sales since he was a young man, in one way or another. Jerry resided in and had offices at Wausau, Wis., Omaha, Neb., St. Paul, Minn., Eau Claire, Wis., and Spooner, Wis. Jerry returned to the area and in 1963, established the Northwest Independent Insurance Agency in Bessemer. He went on to own and operate one of the largest insurance agencies with his older brother, Gordon alongside him, in the country. Later in his career, Jerry was the proprietor of Ironwood Motors, Northwestern Auto and Northwest Motor Company.

A committal service and interment took place at Hillcrest Cemetery in Bessemer.

The family would like to extend their gratitude to the staff at Gogebic Medical Care Facility in Wakefield and the Solvay Hospice House for their kindness and care that was given to Jerry.

Expressions of affection in a charitable contribution in Jerry's memory are suggested to Solvay Hospice House, 801 Baylis St., Duluth, MN 55811.