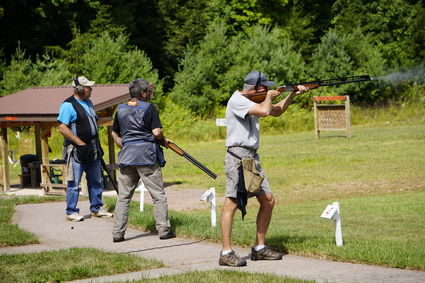 The organization started in 1978 and the new 34 acre pistol, rifle and trapshooting range opened on Black River Road near Copper Peak in 2004, he said. In 15 years the club has used grants and loans to build a $90,000 education center with indoor restrooms, install two trapshooting machines at different elevations, and add a cellphone towe...