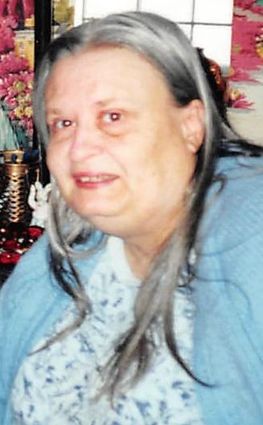 Sue was born March 22, 1951, at the Grand View Hospital in Ironwood to Robert and Margaret "Peg" (Shea) Helinski. She attended Hurley Elementary Schools and graduated from J. E. Murphy High School in Hurley with the Class of 1969. After graduation, she attended Gogebic Community College in Ironwood studying accounting.

In her early years, Sue enjoyed listening to, meeting and spending time with members of the various band groups that played at teen dances held regularly at the Memorial Building and the Battle of the Bands competitions at the Luther L. Wright High School in Ironwood.

Growing up in the 1960s brought a lot of turmoil in the nation. Sue would stand up for peace, freedom and civil rights, yes, even marching in protest lines in town. She was proud to be one of the original "hippies" in this area and part of the outside "library wall" hangout group.

Sue was employed at the original Pizza Hut when it came to Ironwood, as a stocker and clerk for Our People's Food Co-op, and doing bookkeeping and accounting work for Gil's Satellite Sales and Service in Ironwood. Sue helped at the Ironwood Chamber of Commerce when it was located on Aurora Street and even played Santa Claus for children.

Sue's passion in life was when she found solitude in collecting everything and anything old. During and after high school, she began collecting old bottles and then other items for Kitzman's Antiques. She then began her own collections. She met and teamed up with Ivan Hellen who also shared the same interest, and together they traveled in Sue's old Chevy truck looking for abandoned old farm sites and caving in old barns and garages, finding and preserving any old artifact before it became lost in time, all adding to the vast collection. Their "junking" began decades ago and continued to the present. Sue was most happy when she got to meet the "American Pickers," Mike and Frank; and at rummage sales and flea markets.

Sue's greatest treasure though was being so fortunate in having many, many real close friends. Her home was an almost daily gathering place for many. We will miss her traditional Christmas Day dinners when a bountiful meal was served, sometimes to as many as 15 people, and to some, it was their only way of spending Christmas with others. Naturally, the entire home inside and out was totally decorated with her huge Christmas collection. She also took pride in decorating for Halloween and Easter, as well.

Sue's most recent interest was watching NASCAR racing and rooting for her driver, Joey Logano, and starting a surprise NASCAR collection, along with her huge M & M collection, Avon, planters, cameras, books, clocks, and Coke cookie jars, to name just a few.

Sue was preceded in death by her parents, grandparents, aunts and uncles, and her canine companion, Combat.

She is survived by a brother, Robert, of Hurley; nephew, Michael, and his wife and two children; a niece; and several cousins.

She also leaves behind her very close friends, Michael, Bonnie, Jody, Lee, Myra, Nancy, Polly, Barb, her longtime caretaker and shopper, Ivan (it's hard to lose a close best friend) her next-door neighbor, helper, handyman, Joe, who did more for her than we know (we are forever grateful), as well as good friends, Dennis, Clinton, Scott, Keith, Mike, Dale and George.

Sue was a very caring and compassionate person and provided her friends with a lot of laughs as they shared stories. Her presence will truly be missed; but, as Sue would say, "Party on and light up a 'bowl' for me." She was most happy to see the legalization of marijuana in Michigan giving her a reason to vote for the first time.

A special thank you to the many people who helped her out especially the past few years when she was unable to get out much. She will be remembered sitting at her table putting together puzzles.

At Sue's request, there will be no services; however, a gathering of friends to share her life, stories and memories will be held at a later date.