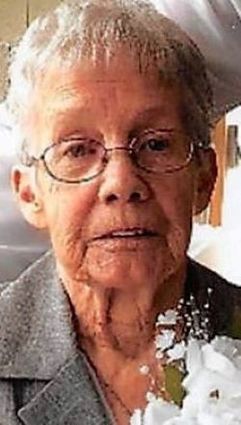 Delores was born April 17, 1942, in Ironwood to Edward and Ingrid (Maki) Puranen. She graduated from Luther L. Wright High School in 1969 and attended classes at Gogebic Community College in Ironwood, Mich.

In Sept. 1960, she was married to Virgil LeeRoy Baross. Together they ran the local cab company for numerous years.

Delores delivered meals on wheels for Gogebic-Ontonagon Community Action Agency until her retirement.

She had numerous hobbies including sewing, attending her grandchildren's sporting events, going to the casino, playing Bingo with Virgil and Krisy, and watching her Packers and Red Wings and other sports on TV.

Delores will be greatly missed by her family. She was the rock, the heart and soul of the Baross family. She had the patience of a saint, and she always put her family's needs before her own. She was loved and admired by everyone she encountered.

Our family would like to extend our sincere appreciation and thanks to the staff at St. Mary's Hospital for the wonderful and compassionate care they provided Delores during her last days and to Beacon Ambulance.

A Memorial Service will be held Saturday, Aug. 31, at Trinity Lutheran Church, 5120 E. Margaret Street in Ironwood Township at 1 p.m., preceded by a visitation from noon until the time of service.

A luncheon will follow the burial at the Aurora Club, 101 Penokee Road, Ironwood.