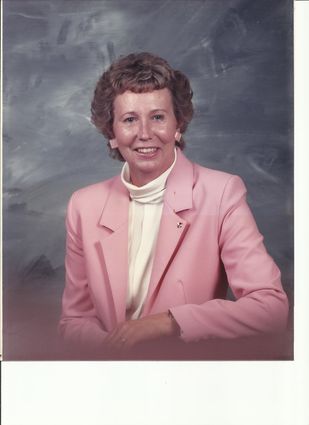 She was born on April 14, 1932, in Bergland, to Olaf and Selena (Gullans) Kallaak. Gloria graduated as valedictorian from Bergland High School in 1949 and worked briefly in Duluth, Minn.

In 1952, she married John Ferguson at Trinity Lutheran Church in Bergland. John was a career U.S. Air Force NCO so they lived in many locations over the years, including Germany. From there, she got to see the home her dad was born in at Morgedal, Norway.

Together they raised their three sons, John, Bryan and Edwin. He preceded her in death in 1986.

Gloria was active in Trinity Lutheran Church as an organist and a member of the Ruth Society. She enjoyed life with John and her sons. John retired from the Air Force in 1972.

In 1997, Gloria married Richard Metzner of Sheboygan, Wis. She transferred to St. Mark's Lutheran Church in Sheboygan and became a member of Daughters of St. Mark.

In Sheboygan, she enjoyed many family and friends, great neighbors, going out to eat, and watching basketball, baseball and football.

Gloria was preceded in death by her parents; two husbands; and nephew, Troy Kallaak.

Visitation will take place Saturday, Aug. 31, at 1 p.m., with the service following at 2 p.m. at Trinity Lutheran Church in Bergland with the Rev. Timothy Steckling officiating.

Burial will take place in Lakeview Cemetery in Bergland next to her first husband, John.