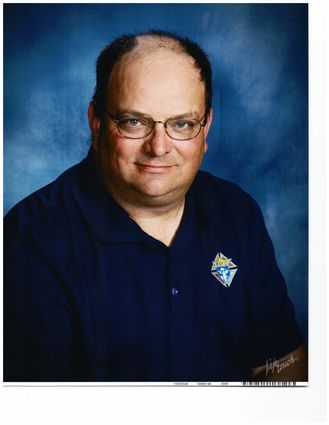 Paul was born on Jan. 17, 1960, in Ironwood, a son of August "Bozo" and Bernice (Koleski) Grbavcich. He attended Luther L. Wright High School and graduated in 1978.

Before and after graduating from high school, Paul worked at the family moving business, Safe Way Movers, and drove their bus for the White Pine Mine Transit Service. He worked at Steiger Lumber Company before hiring on as a truck driver for DART and Bob Root. Paul concluded his working career at Halvor Lines. He retired in 2011.

In 1983, Paul was married to Lori Zalewski. Although they parted ways, they remained lifelong friends.

In 2014, he was united in marriage to Kathleen (Koponen) Anderson.

Paul loved the outdoors and was happiest four-wheeling, hunting and spending time at Camp Salt Lik with Russ Salo and his Erwin Township buddies. People still ask for them to "bring back the toilet bowl."

He was a supporting member of the Aurora Club, a third degree member of the Hurley Knights of Columbus Council No. 669 and a dedicated committee member at the Gogebic County Forestry and Parks.

He was predeceased by his grandparents; his father, August, on Sept. 11, 1988; a sister, Diane Smerling; and his brother-in-law, Gerald Koponen.

A Mass of Christian Burial will be celebrated Monday, Sept. 9, at 11 a.m., preceded by visitation at 9:30 a.m., at St. Mary's Catholic Church, 404 Iron St., in Hurley, Wis., with the Rev. Frank Kordek, O.F.M., celebrant. Also, in attendance will be members of the Pere Menard Assembly 471, Knights of Columbus, Fourth Degree Honor Guard.