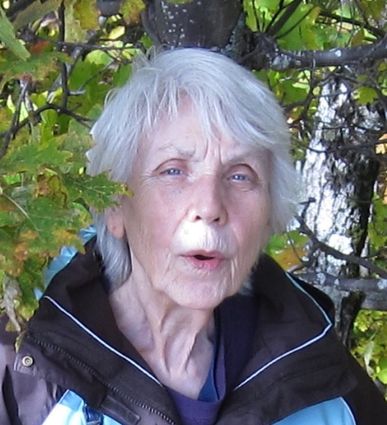 Margie was born July 15, 1936, in Dearborn, the daughter of the late Frank and Anna Strancel. She was the second youngest of five children. She graduated Bergland High School in 1953. On March 3, 1954, she married Dale B. Wilber of Crandon, Wis., who preceded her in death on Feb. 11, 2015. Margie proudly served on the Bergland School Board during the 1960s and 1970s.

After raising their family and following Dale's retirement, Margie and Dale could often be seen traveling locally to get a Subway sandwich for lunch. Their retirement motto used to be: "The work's all done, we're out for fun!" Dale had a passion for violins, so they took many trips to acquire and sell violins. Even after Dale passed away in 2015, Margie "got back in the driver's seat" and traveled on her own in her famous 2003 VW diesel Jetta that now has 590,000 miles to have lunch at Subway with friends.

Margie was a truly beautiful woman, a loyal friend, a wonderful wife to Dale, and an awesome mother and grandmother. Margie believed strongly in close relationships with special friends and family. She was a feeling, empathetic and intuitive soul. She will be very missed by everyone that knew her.

Margie is survived by her son and daughter-in-law, Charlie and Donna Wilber of Ontonagon; daughter and son-in-law, Amy and Walter (David) Hilty of Wakefield; daughter, Carol Anderson of Cisco, Texas; and sister, Lillian Bada of Ewen; as well as by several nieces, nephews, grandchildren, great-grandchildren and great-great-grandchildren.

Margie was preceded in death by her siblings, John Strancel, Jim Strancel and Mary (Strancel) Taylor.

Cremation has taken place and there will be no services at this time.

Margie is with Dale and they are traveling down the road again now. Margie will be very missed in this world.