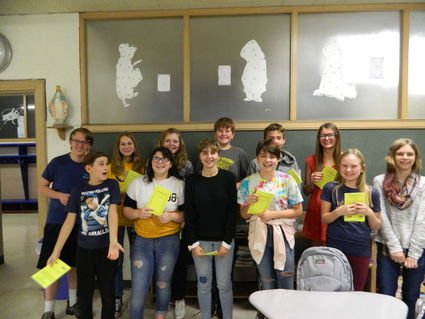 IRONWOOD - The Awkward Stage Drama Club is not just practicing to put on a play or two. The club is working toward a much bigger goal - an anti-bullying campaign. The club is comprised of sixth through 12th graders who are learning that there are two sides to every story. Through alternative fairy tales, the kids learn to consider the point of view of the often infamous bullies.

Currently the group is working to put on "Beanstalk," another version of an old classic. Next will be "Rutherford Wolf." Eventually, the club will practice to perform "Shrek...