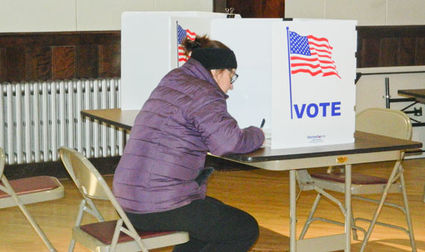 Michelle Kupitz of Bessemer votes in the general election at the Bessemer City Hall Tuesday.

BESSEMER - Four city council members sought re-election in Tuesday's general election along with one new candidate and a last-minute write-in candidate - all running for one of five seats on the council.

There were 66 write-in votes. Jim Prezkop had launched a write-in candidate, but it was unclear at press time what number of those votes were for Prezkop.